March 16.  The ESG&EC and Fatcat can provide the following update about their response to the COVID-19 pandemic and it's impact on current and future competitions.  Both stressed that given the fluidity of the situation, all options remain on the table and they will continue to act on expert advice, with the health and safety of tipsters and golfers their paramount consideration.

ESG&EC President Davidson Love III has commissioned Professor Dick Faldo, a biosecurity and pandemic expert, to determine best practices to minimise the risk of participants being infected with the virus.  The good Professor, the senior researcher at the world renowned Shearman Institute, immediately recommended all tipsters and golfers drink at least 6 schooners of Resch's draught on weekdays and plenty more on weekends.

"The medicinal qualities of a tall, cold glass of Resch's are universally recognised in the scientific community.  It's known to cure chronic abscesses, tuberculosis, cholera, 'female complaints', mercurial eruptions, paralysis and even restore life in the event of sudden death so this virus should be a piece of piss.  Unfortunately, for many of us, it's not a panacea for hair loss."

March 16.  In respect of Fatcat's NRL tipping competition, "A Competition With A Difference", it will continue in Round 2 with the competition now closed to the general public as a preventative measure.  Along with the NZ Warriors, Fatcat will relocate to Kingscliff for at least the next week however he won't be joining the Warriors at the Kingscliff Backpackers - he'll stay at the Balé complex in the Salt Beach precinct to work on the tipping competition and his suntan.

"The ESG&EC will continue to examine short and long term options to assist our golfers if May's World Series of Golf is abandoned.  We would be willing to close the courses to spectators if that meant the event could go ahead.  The cancellation of our most profitable event would also have catastrophic consequences not only for club's balance sheet but also for the NSW Central Coast economy.  If that happened, we would be forced to seek Federal Government financial assistance," said President Love.

"I can’t stress enough that our club has never faced such challenges ... well not recently, not unless you count the Turd Round (see below) befoulment of Toukley golf course's pristine waterways last year and the subsequent unsuccessful prosecution of the club by the Environmental Protection Authority.  Like then, we will do everything we can to keep our participants healthy, out of jail and our competitions strong.  Frankly, an Australia without Fatcat's 'A Competition With A Difference' and the World Series of Golf is not an Australia I want to live in."

Prospective Costa Plenti Estate residents are required to send their $200 accommodation deposit, half of which is non-refundable, to President Love's Cayman Island account by Friday, February 7 (details provided in group email January 26).  The cost of a bed on the estate is expected to be $400 with the balance, once confirmed, payable early May.

The tournament entry fee is $450 and should also be preferably paid prior to the tour.

Beercoin's listed price is underpinned by the cost of a schooner (425ml) of Resch's served in the public bar of The Entrance Hotel during the World Series of Golf (1 schooner = 1 Beercoin).  In the 12 months to May 2019, Beercoin's market capitalisation rose 4.5% to $1,035.  Hover or tap Beercoin image to enlarge. 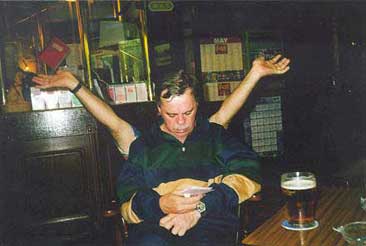