2019 Sponsor of the Don Lane Invitational 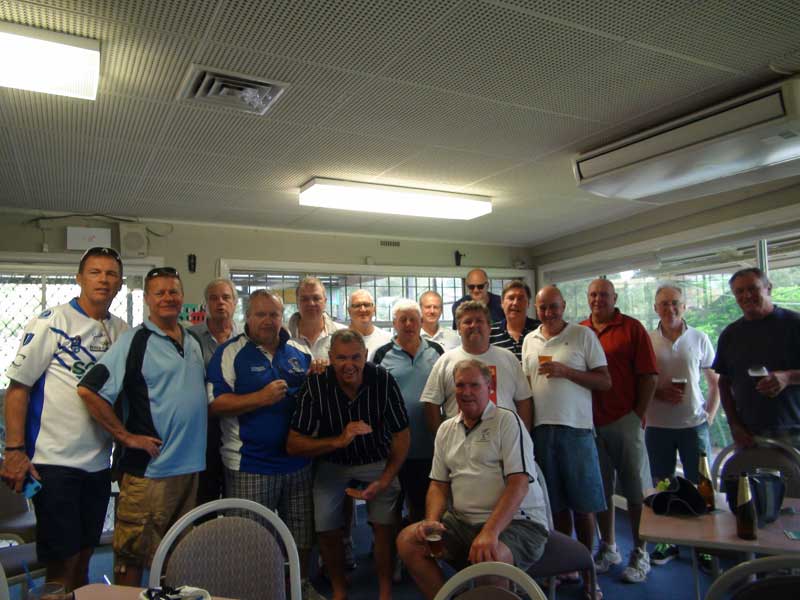 April 29.  Our '20/20 Perfect Vision Tour', incorporating two World Series events, will only go ahead if and when the present social restrictions are relaxed.

We have cancelled our course and accommodation bookings for the week of May 18 with a number of Central Coast golf courses reporting they have limited course access to members only.  Costa Plenti landlords have agreed to carry accommodation deposits forward.

Business entrepreneur Wayne Pearce has been appointed by ESG&EC President Love with a brief to have the tournament start as soon as possible.  A former Leichhardt Oval hot dog vendor, Pearce is overseeing the club's 'Project Uranus' and seeking out the advice of as many as five different club experts to determine appropriate safety protocols, as well as the most appropriate accommodation to house the players when the tour gets underway.

Pearce said the initial advice of infectious and sexually transmitted diseases expert, Professor Shearman, was cause for optimism. "Absolutely.  The meetings I’ve had with him have been mostly very encouraging and then later in the afternoon somewhat bewildering.  The biosecurity aspect is the core aspect up front that we need to address because those parameters determine where and when the event can be played and that feeds into what the tournament structure will look like.

"There's a fair bit of work that needs to be done in terms of protocols but most importantly players are certainly keen to get up there as soon as possible.  They're willing to put their lives on hold and enter a self-imposed Central Coast bubble."

April 29.  With the NRL announcing plans yesterday to have their season resume on May 28 Fatcat's NRL tipping competition, 'A Competition With Differnce' is now defrosting after being removed from the freezer.

There's still a few obstacles for the NRL to overcome so we'll see how they unfold out over the coming days.  Expect more news in a fortnight.

After consultation with R&A officials and the ESG&EC astrologer, the Tournament Competition Committee's (TCC) confirms the tournament dates mid-June.  It is accepted that, where possible, the tournament will have a set schedule of three consecutive Sundays in November.  The semi-final matches are set down for the Friday afternoon prior to the final unless both players and President Love III (Ret.) agree to a change.  With that one exception, competitors are not permitted to vary the tournament's nominated times or dates.

If a qualified player withdraws from the tournament before the match play rounds commence, the highest ranked non-qualifier will be invited into the field and seeded at no.8.  All players ranked below the scratched player will move up one position.  Once the match play rounds have commenced, no replacements are allowed and a match will be forfeited if a player is unavailable.

Dating back to 1989, The Championship is the ESG&EC's second major tournament.  Once famously described in Federal Parliament as ".. combining the pomp, ceremony and tradition of a British royal coronation with the appalling drunken behaviour of Munich's Ocktoberfest patrons ..", the tournament continues to draw record fields and healthy crowds to the challenging Cooks Peninsula links course, the R&A Marrickville.

Under the TCC's watchful eye the popular event has been revamped in recent years.  2003 saw the start of some much needed change with the tournament successfully pushed back a month to avoid the encroaching October sporting crush of finals football and the Melbourne spring racing carnival.

The introduction of the highly transparent Dickworth-Lewis Handicapping System (DLHS) the same year created stand alone and criteria-based handicaps for each of our two majors (this event and the World Series of Golf).  In 2004, a stableford qualifying round (QR), now known as the Don Lane Invitational, was added to the tournament and the top scorers are seeded through to the match play rounds.  Starting in 2015, the Don Lane Invitational format will alternate between stroke (odd years) and stableford events (even years).  The all-in QR has streamlined opening day and readily accommodates all playing numbers.

THE RULES OF GOLF

All ESG&EC events are subject to the rules of golf.  If something unusual occurs during your round, the best advice the TCC can give is to consult with your playing partners, both as a matter of courtesy and to check on the legality of your proposed course of action, before moving, dropping or playing your ball.

On qualifying day, the low marker in each group will be the nominated rules official for his playing partners.  If the low marker himself is to be the subject of a contentious decision, the group may check with his counterpart in another group for a ruling.

Players are not permitted to score their own cards on qualifying day - the card, with the players name and handicap clearly shown, must be marked by someone else in the group.  The marker must check the player's score after each hole and is responsible for "recording the gross number of strokes at each hole".

The ESG&EC uses the world renowned Dickworth-Lewis Handicapping System for all tournaments.

DLHS imposes the following restrictions on The Championship:

The stroke index is traditionally drawn up by numbering the holes in the order of difficulty to achieve par.  However clubs usually like to spread the strokes fairly evenly over the two nines so if stroke index 1 is in the first nine holes, stroke index 2 should be in the second nine holes, and so on.  Strokes beyond 18 may be allocated in the same or different order to the first 18.

** Stroke Index table can be viewed on a wider screen **

The match index does not refer to the difficulty of each hole but rather attempts to provide an even distribution of strokes during a match.

A match which ends all square will be played off hole-by-hole until someone wins a hole.  The play-off starts on the hole where the match began and handicap strokes should be given/received on the same holes as per the first 18 holes.

** Match Index table can be viewed on a wider screen **

Conceding is a feature of match play.  Players may concede their opponent to have holed out with their next stroke and the ball may be removed by either player with a club or otherwise.  A player may concede a hole or match at any time prior to the conclusion of the hole or match.  Concession of a stroke, hole or match may not be declined, nor withdrawn.